Qvantel Board names Matti Roto as Executive Chairman and Acting CEO, and Tero Kivisaari as COO 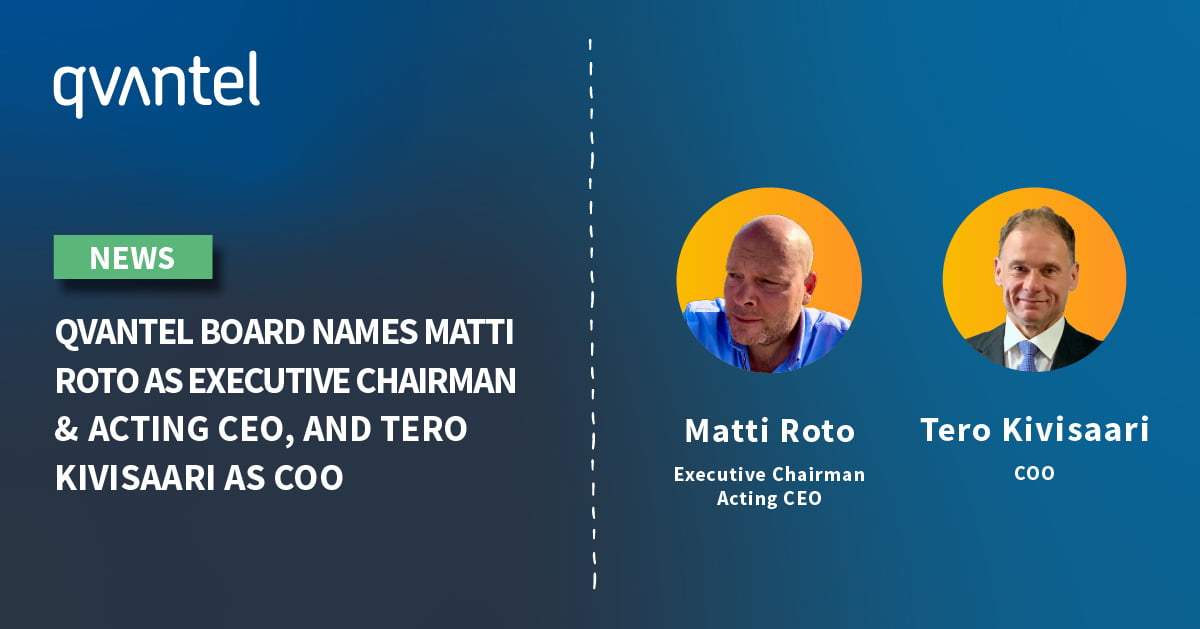 Helsinki – 21 Mar 2022 — Qvantel Oy today announced that its Board of Directors has appointed Matti Roto as Executive Chairman and Acting Chief Executive Officer effective immediately. Matti Roto has a strong background in telecommunications, healthcare, and IT industries, and has served as Qvantel’s Chairman of the Board since 2013, a position he continues to hold.

Qvantel wishes to thank its previous CEO Jean-Marc Lazzari for leading the company in the past years that have included several of the industry’s biggest big-bang transformations and launches of new digital brands. Qvantel also wishes to thank all of its employees for their commitment and relentless effort in making Qvantel a success story.

Unleash the Power of a Fully Digital Second Brand

Qvantel Blog: No-Code BSS and Monetisation of the 5G Economy